The serial codes to redeem this shiny Silvally could be used from September 22 to December 16, 2017 on a Japanese, American, PAL, or Taiwanese region system. To receive a code, players needed to pre-order either Pokémon Ultra Sun and Ultra Moon, or purchase either Pokémon Sun and Moon in selected countries.

What makes this event Pokémon special?
Shiny Silvally can only be obtained through events like this. In Pokémon Sun and Moon, Silvally or its base Pokémon Type: Null cannot yet learn the move Punishment, thus this event Silvally, despite originating in Sun and Moon, is special for it already knows Punishment, which it can learn starting in Pokémon Ultra Sun and Ultra Moon onwards later game versions. 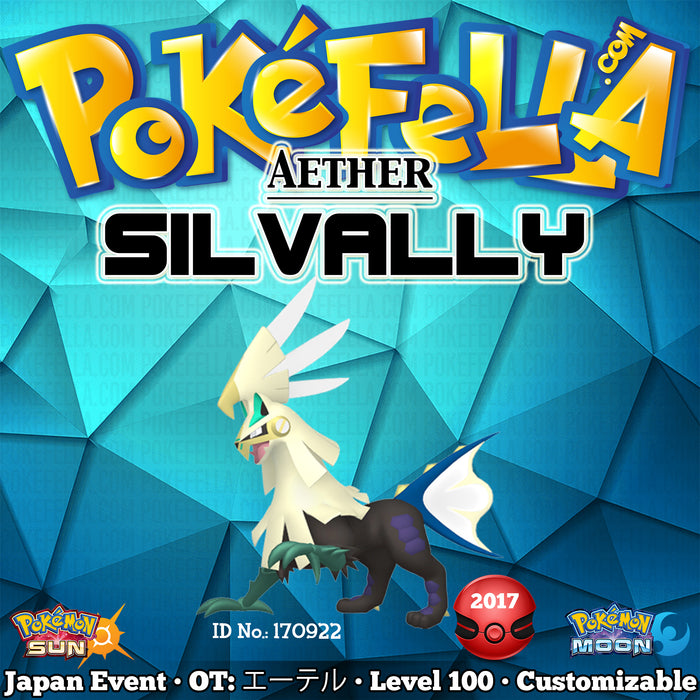 Got to me quickly and traded this Pokemon only after 15 minutes after I made the order.

got this Silvally in just 3 minutes after i placed the order. amazing!