This event Volcanion was distributed to Pokémon X, Y, Omega Ruby and Alpha Sapphireplayers via a serial code that was included on pre-ordered tickets for Volcanion and the Mechanical Marvel (also known as Volcanion and the Exquisite/Ingenious Magearna in Japan) in select East Asian countries.

What makes this event Pokémon special?
This is the very first time Volcanion is released to the core game series. It cannot be caught or bred in-game in XY and ORAS, and just like most Mythical Pokémon it can only be obtained through event distributions such as this. 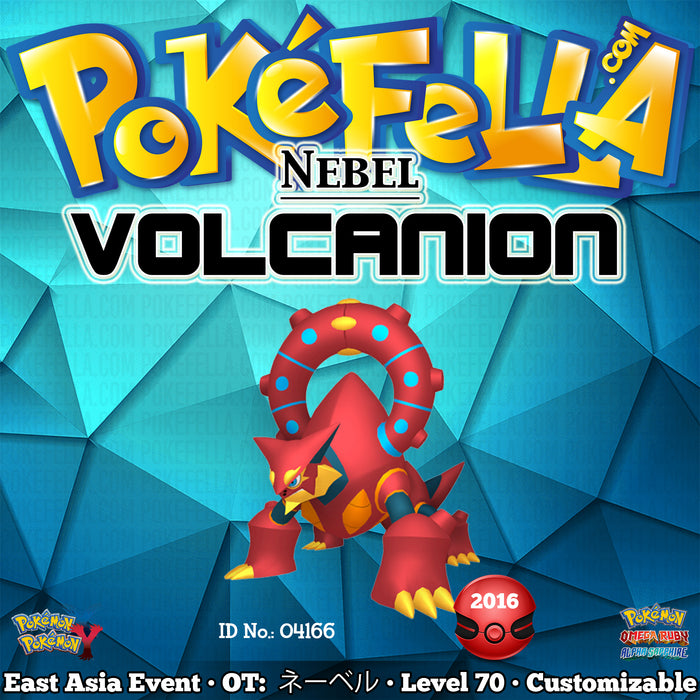 Pokefella is a best way to any Pokemon I missed. I'll give a 5 out of 5.